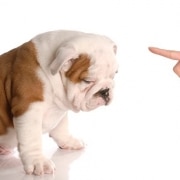 As loving pet owners, you will probably say, “No, surely not.”

This is certainly also due to the fact that we connect people with lies, moral dilemmas often lead people to lie. Nevertheless, we noticed some interesting examples on the matter, so we decided to get to the bottom of it.

What we uncovered in our research may very well astound you.

Dogs do not lie…?

We love our pets, above all because they are always honest, never manipulate us and intend no illusions.

But is this true?

Certainly many observant dog owners in one situation or another have caught their dog in a “lie”. They could write you books about what their dog has come up with to get what they want.

Take for example the lively Newfoundland dog Marlee. Marlee has grown up with Shepherds and likely believes herself to be one. She is just as temperamental. She loves to eat, a lot, and above all loves to steal food. If she smellssomething tasty, she does not hesitate for long before trying to get it. Usually she sits with deeply moving, sad eyes away from the table on which the tastiest piece of food is sitting. She knows for sure that she is not going toget anything from the table. But if she is somehow given the opportunity, she will gladly take whatever it is that she wants.

If she is caught, then the same funny thing happens every time: If we ask what she was doing there, she immediately stops chewing. She sits in front of us very sweetly with a wagging tail. True to the saying: “Butter wouldn’t melt in my mouth”. She knows very well that she should not have taken anything from the table. At first we thought that we were wrong and that Marlee had nothing at all. But then we discovered that in reality what she had stolen was just held in her mouth. Only when she is sure that she is unobserved does she chew with great enthusiasm. Probably for fear that she might otherwise have to give it up. It takes several minutes in some cases, where she waits patiently to be able to chew on in peace. Is that not a lie?

The issue lies in that we automatically connect people with moral issues. To dogs, however, such assessments are foreign. The dictionary defines a lie as follows: A lie (also called prevarication, falsehood) is a type of deception in the form of an untruthful statement, especially with the intention to deceive others.” The word fraud is better used for the animal kingdom, as we expect people to lie most commonly by spoken word, which does not apply to animals. Deceptions in the animal kingdom are entirely typical behaviours. Animals deceive, for example by raising their hackles to increase their actual size at the time. However, those are unconscious acts.

Dogs are highly social creatures. The dog is a master of actions and their associated consequences. The exact actions we use to educate our dogs daily, as we acknowledge the positive behaviour of the dog with praise, treats, petting or other favours are those that have taught our dogs to lie.

In our example, Marlee has learned that she must give up something that is not hers to begin with, yet she has taken it anyway. Clever as she is, she has not only learned that, but that no one takes it away from her when she is quiet. There must have been situations where we have unknowingly taught her to behave this way by our behaviour. It will probably have been in a situation in which we have asked if she has something. She perhaps got such a fright that she initially stopped chewing. Then, as we thought she had nothing, patted her and moved on and left her alone, she has learned that if she holds still, we go. Quite simply a linked action.

Is a dog really so clever?

Friends had to have their bitch Maja operated on after a sporting accident. The healing process took a long time and in that time Maja was particularly well cared for and spoilt. Maja regained her good health and it was time for the annual family holiday. As always, the parents of Maja’s owner were taking care of Maja while the family was on holiday. Less than two days into the holiday the parents had no choice but to call their daughter on her holiday, because Maja was getting worse. She did not stand up and if she did, then very, very slowly. They were so concerned about a new illness that the trip was cancelled and the owners returned home. Worried parents opened the door and as Maja heard the voices of her owner, she suddenly received a miracle cure. She stormed out of the house, beaming. Again, this was quite deliberate deception, which Maja had learned through the conduct of her owner during the healing phase. Her poor owner not only had to give holiday deposits, but also pay for her own well-deserved vacation. This will certainly not happen again.

Even wolves have been linked by deception in their daily interaction for their own advantage, or even survival. For dogs, it just makes sense to keep trying certain behaviours and reap the benefits. However, as we see through peoples lies, at some point we see the “lies” of our dogs, and then they may no longer be so successful. The story of Maja is a case in point. But to be honest, we often tolerate this behaviour, because we are secretly proud of our clever pets!

Want to join the discussion?
Feel free to contribute!

What is your dog’s real age?

Why do dogs dig?
Scroll to top
We use cookies on our website to give you the most relevant experience by remembering your preferences and repeat visits. By clicking “Accept All”, you consent to the use of ALL the cookies.
However, you may visit "Cookie Settings" to provide a controlled consent.
Cookie SettingsAccept All
Manage consent

This website uses cookies to improve your experience while you navigate through the website. Out of these, the cookies that are categorized as necessary are stored on your browser as they are essential for the working of basic functionalities of the website. We also use third-party cookies that help us analyze and understand how you use this website. These cookies will be stored in your browser only with your consent. You also have the option to opt-out of these cookies. But opting out of some of these cookies may affect your browsing experience.
Necessary Always Enabled
Necessary cookies are absolutely essential for the website to function properly. These cookies ensure basic functionalities and security features of the website, anonymously.
Functional
Functional cookies help to perform certain functionalities like sharing the content of the website on social media platforms, collect feedbacks, and other third-party features.
Performance
Performance cookies are used to understand and analyze the key performance indexes of the website which helps in delivering a better user experience for the visitors.
Analytics
Analytical cookies are used to understand how visitors interact with the website. These cookies help provide information on metrics the number of visitors, bounce rate, traffic source, etc.
Advertisement
Advertisement cookies are used to provide visitors with relevant ads and marketing campaigns. These cookies track visitors across websites and collect information to provide customized ads.
Others
Other uncategorized cookies are those that are being analyzed and have not been classified into a category as yet.
SAVE & ACCEPT